A couch to fall in love with

A couch to fall in love with instantly – that’s Rolf Benz 50. The result of more than fifty years of experience with craftmanship and spectacular design by Rolf Benz. A seating plan with ultimate seating comfort, intelligent relaxing functions and a timeless beautiful design, both as a couch or a corner couch and an armchair.

Design of the Rolf Benz couch

The Rolf Benz 50 is another design by Beck Design. It was designed following the 50th anniversary of Rolf Benz and as a tribute to the Rolf Benz Addiform from 1964: the very first Rolf Benz concept couch which gave a new meaning to the living room interior. The couch has a timeless design and is enriched with various artisanal details. For instance, a new kind of folded and quilted seam, splendid crafted flat fell seams and a distinctive base frame.

Just like the Addiform, the Rolf Benz 50 has many variations, for instance when it comes to the floor plan. From a small couch with separate armchair, to a big sofa with a longchair. And from a corner couch in the classic set up to a retro corner couch with a linking table in magnificent nature stone like Breccia Pernice or Graphite brown.

Perfectly sitting and relaxing in the Rolf Benz 50

The Rolf Benz couch has a generous, lounge-like shape. For optimal comfort you can choose any of these other features:

A Rolf Benz armchair matching with the couch

Perfectly complimenting the Rolf Benz 50 couch, is the Rolf Benz armchair. This armchair is available with a high and low back. For optimal relaxing comfort, choose for a relaxing mechanism and a freestanding footstool. 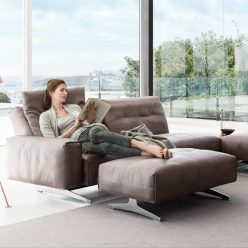 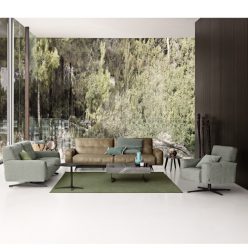 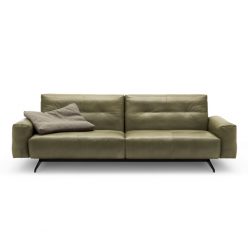 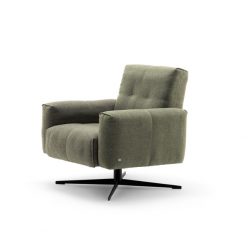